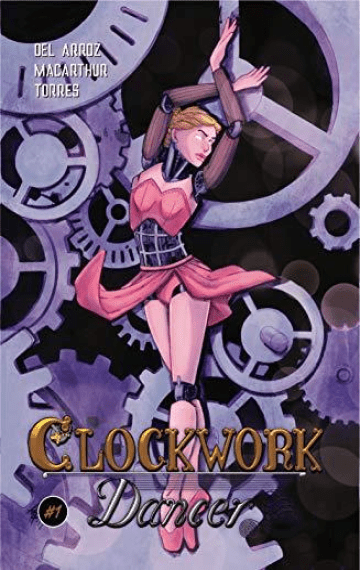 The British Empire views her as an abomination…
…to be captured or destroyed at all costs!

Alastair has created a monster, at least in the eyes of the Anglican Church and under the laws of Queen Victoria. His clockwork automaton has the spark of life, but little does the outside world know she has a heart of gold.

They must go on the run from Her Majesty’s Secret Service and evade an evil plot by the man who first invented clockwork automatons–who will stop at nothing to get his hands on the Clockwork Dancer for his dastardly plans.