It’s not secret I’ve been thinking a lot about space opera recently. It’s my favorite thing to both read and write and I’ll be coming out with my first book in the genre in short order! In the meantime though, I’ve put together my list of my top five favorite all time space opera series. Any of these would be a great place to get started if you’re interested in the genre.

I know there’s some that a lot of people would think should be on the list: Honor Harrington, Ringworld, Lensman to name a few. While I understand the appeal of all of those, the characters of the ones below are so near and dear to my heart that I don’t even think those excellent and well regarded series compare.  There is some overlap between “books  that inspired me to write” list last week and this, because I love Space Opera so much.

5. Star Wars… though with a slight twist. I’m talking about the Thrawn Trilogy books by Timothy Zahn. These opened my eyes to so much depth in the Star Wars universe. Thrawn is one of the best characters of all time and I really hope Disney will eventually make use of him. Zahn really upped the bar for tie-in fiction of any sort, and having reread the books a couple years ago, they still hold up as novels in their own right. 4. The Serrano Legacy by Elizabeth Moon. This one took me a couple books to warm up to, but I’m glad I started where I did to get to know the characters. Like everything on this list, it’s the characters that endure and make these worth reading. The first book is a “most dangerous game” style story, and for whatever reason, I don’t love that plot structure. However, from there the universe unfolds with interesting technologies, interesting thoughts on aging and what happens when we stop/slow that process, and creates an interesting atmosphere all around. I even liked when the books switch main characters. It’s not a long series, only 7 books, but so wonderfully done.  I love the political structure she set up with the Familias as well.  A lot of the books feel very stand alone but there’s something that brews in the background and becomes quite epic as the story goes on. I won’t spoil more 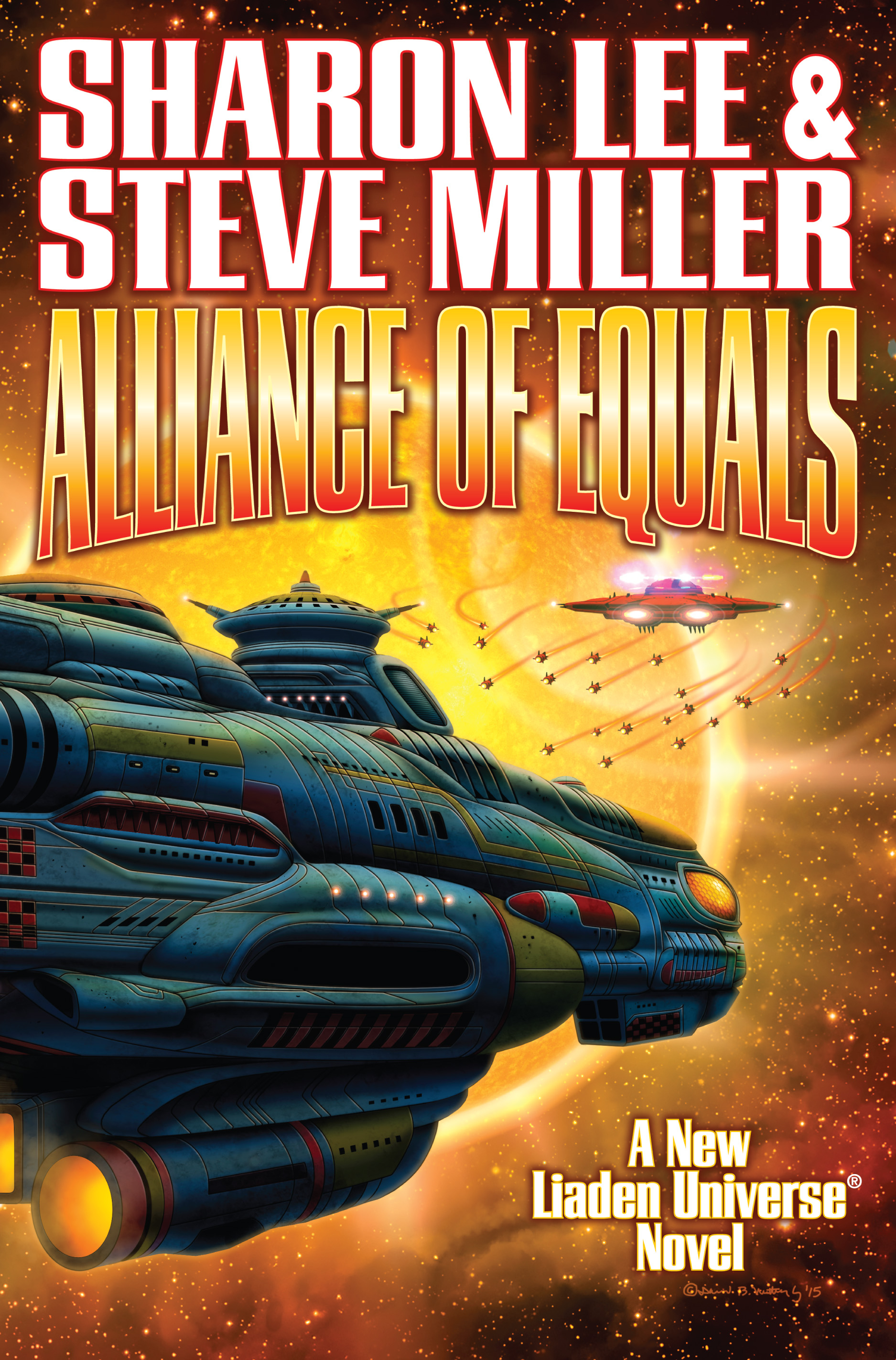 3. The Liaden Universe by Sharon Lee and Steve Miller. Generations of characters to get to know and love, all with their own specialness to them. My favorite character from this series still remains Miri Robertson. I love the way she talks. That no-nonsense mercenary phrasing she has is so great, and such an amazing contrast to the uber-proper Liadens in the story. This happens to have probably my favorite alien species too, the Clutch Turtles. They’re hard to compare, but I love them as much as I love the Ogiers in Robert Jordan’s Wheel of Time. It’s worth checking out 2. Babylon 5 by J. Michael Stracysnki. My only television program on the list, but it was written as a novel for TV. It has more depth than most books. I studied the scripts of these while I learned how to write, and they still hold up even 20 years later. The concept is kind of like a United Nations in space, but it unfolds into an epic civil war and then some. There’s so many developed cultures in this story, so many good characters they’re impossible to list. You just have to watch this one. Do stick with it through the first season, which I find good, but it can be hard to see how beautiful it is until you’ve seen the whole opus through.

1. The Vorkosigan Saga by Lois McMaster Bujold. Miles is probably my favorite character of all time, to the point where I tried to name my son after him (my wife vetoed!). Ms. Bujold crafts such in depth characters all around with quirks, issues both physical and mental and with enough of their own genius that they’re fun to root for. Ekaterin is probably my second favorite character in the story, though I really didn’t want to like her at first, I couldn’t help it. No matter whose perspective the books are from, however, you can be sure they’re unique, in depth, and interesting. If I were on a desert planet and stranded with only this series, I could live a happy life.