https://www.youtube.com/watch?v=f5uik5fgIaI  – Advertisement for the Switch. 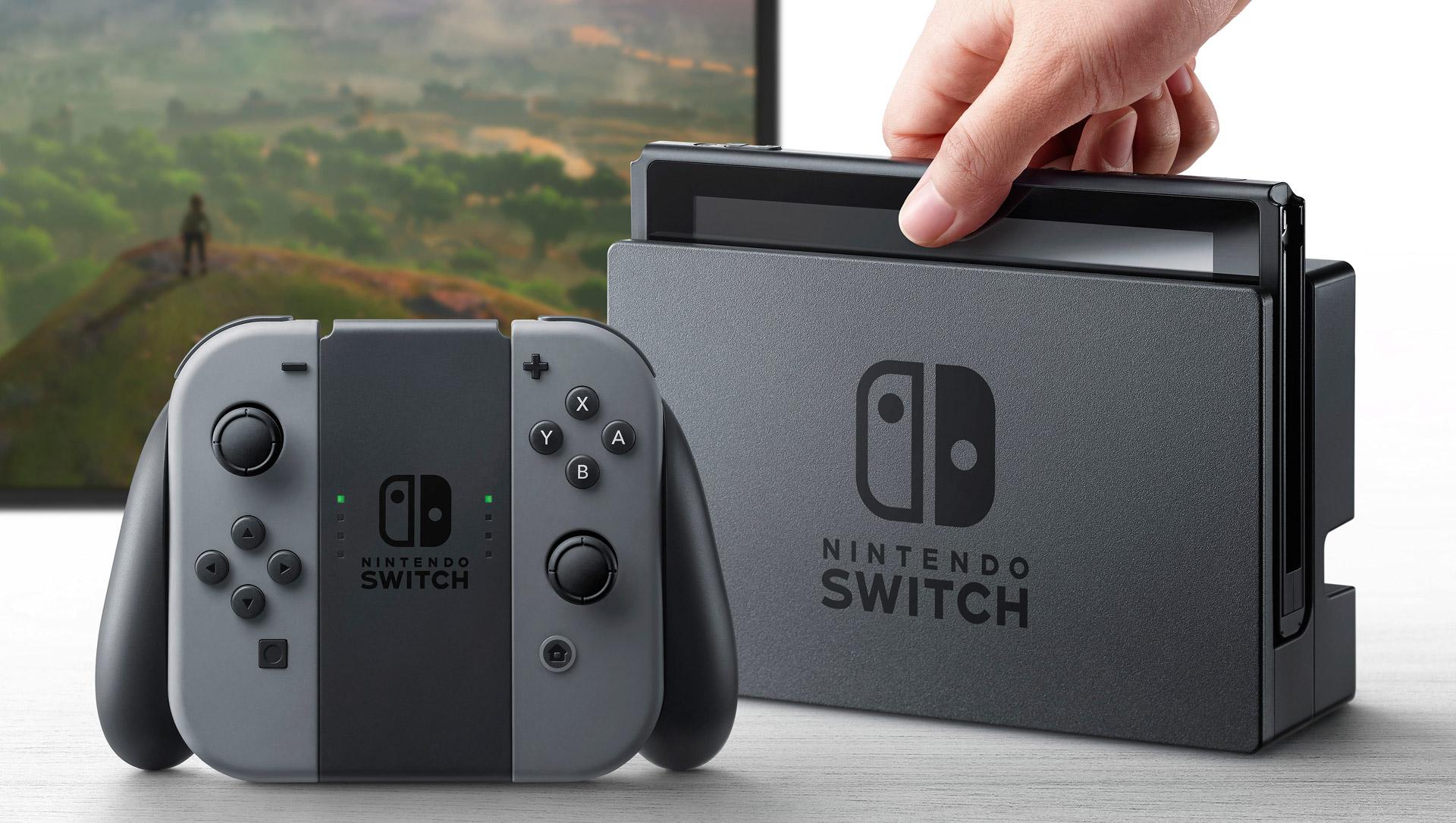 Their press conference happened tonight, and Nintendo revealed their new console coming out in March. It acts as both a portable gaming device and a home console. The system parks into a cradle which then can connect to your TV for that kind of experience.

Looking at this, I’m not sure if it’s a lateral step or perhaps one backward for Nintendo. While the Wii-U didn’t do much other than “it’s an HD Wii with a few cool features!” and the whole touchpad controller thing didn’t add a ton of functionality to most games, they still did some innovative things that differentiated Nintendo from the more generic gaming consoles of X-Box or PS4.  It made it, based on the Wii innovative gaming, that while I’d choose one of those latter two, I would probably pick up a Wii-U for the kids or for some family gaming. The swinging remote and all that is still very fun, which it looks like they’ve incorporated here as well to some degree, but that they’re downplaying that functionality in exchange for a more “normal” gaming experience.

On the handheld front, the DS with its lower touchpad still holds up as a really cool thing, and it did change the shape of handheld gaming, which needed to happen if Nintendo was going to have a reason to exist alongside people’s apps on phones. I don’t think that’s run its course, I think there’s fun things to do with it even if the early iterations were very gimmicky.

I haven’t looked at the specs, but from what I expect of Nintendo from past experience, it looks like it’s going to be a generic gaming console probably with less processing power than Sony or Microsoft will put out, not quite as good of graphics, with the gimmick being that you can pick it up and play the game as a handheld game too. Sorta like a PS Vita can connect to the PS4 and play those games.

I don’t love it, but don’t hate it. It seems to be a firm “meh” to me as I expect we’ll just have another iteration of Mario, Mario Kart, Mario Party, Zelda and other brands that are play-it-safe sellers, rather than the neat, innovative experiences that Nintendo cultivated when the Wii and DS did revolutionize gaming for a time.