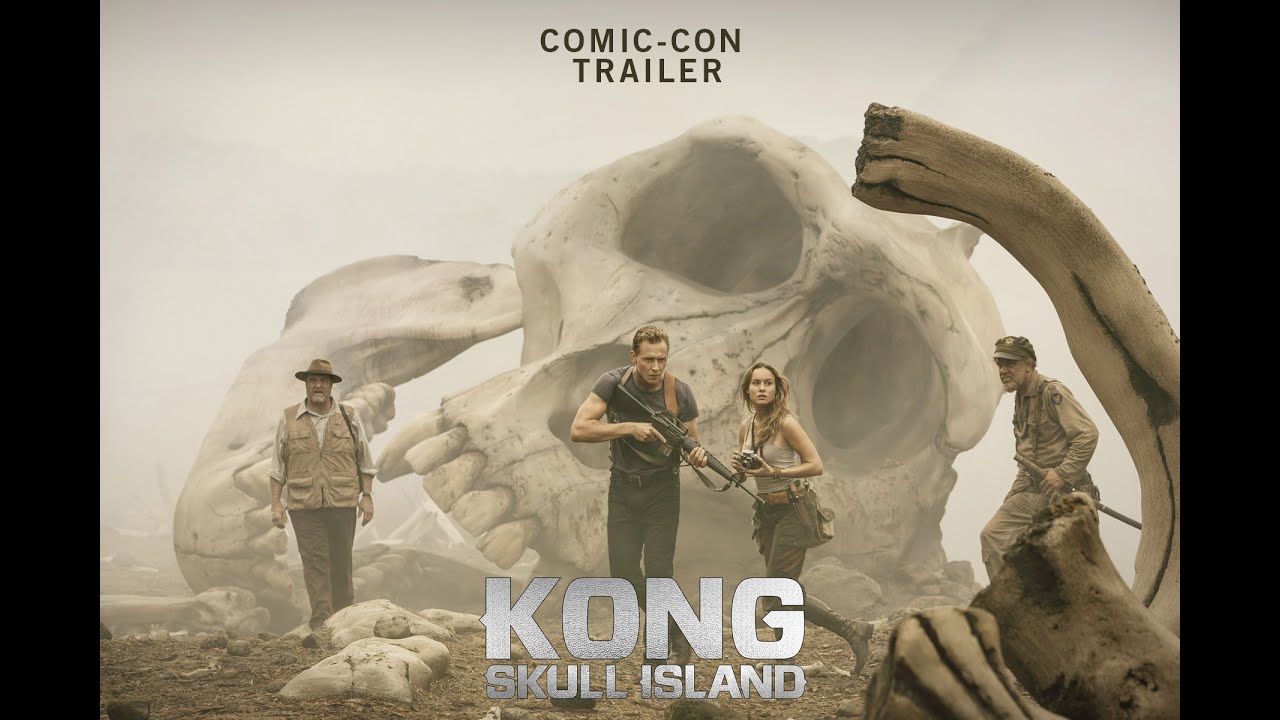 This triggered me. Triggered me so hard in the heart. Because I miss that gorilla, okay? Harmabe, up in heaven, if this movie isn’t a testament to you and your sacrifice, I don’t know what is. He was a good gorilla.

Anyhow…I don’t get to go see many movies, other than Pixar or little kiddie ones these days, as I have two little children who don’t really allow much time out to do such things. But I had a surprise babysit last night, so my wife and I went out to the theater, some thing we haven’t done in a long time. Kong wasn’t on my radar at all, having seen a single trailer awhile back and dismissed it, until author Dan Humphreys talked about how much he enjoyed the movie. That made me interested.

Even though this was at its core a monster movie, this had the makings of a classic adventure film that ended up being a lot more fun than most movies I’ve seen in recent years. The characters were likable, and had a lot of difference between them, which was neat having several main characters. We had the poindexter, the beefy adventurer, the good and the bad of the military, the girl who’s got both brains and beauty, the quirky Fox Mulder guy, the even quirkier soldier out of time. All of them were great, and i was happy to watch it from the standpoint of who the heroes are.

The film provided adventure at every level, and a lot of little fun one liners to show they weren’t taking a giant gorilla too seriously. There were good comedic moments, good character moments and heavy monster action. Of course there were times where it’s tense and has the audience jumping as well, but overall, I was happy to see that this movie wasn’t really dark. It just provided a lot of fun.

I think it probably could have been 10-15 minutes shorter, went on for a little bit too long and really worked hard to reinforce things like THESE MONSTERS ARE SCARY, which we already knew, didn’t need like 5 scenes of that.  KONG HAS TENDER SIDE… they did a few times as well. So a little repetitive in spots on the pacing, but it didn’t negatively impact the movie much. CGI of course was over the top, but that’s to be expected there days.

I thoroughly enjoyed it. They did a great job where I was expecting something not up to par. And there are some Harambe parallels, but I’ll not spoil those for you.