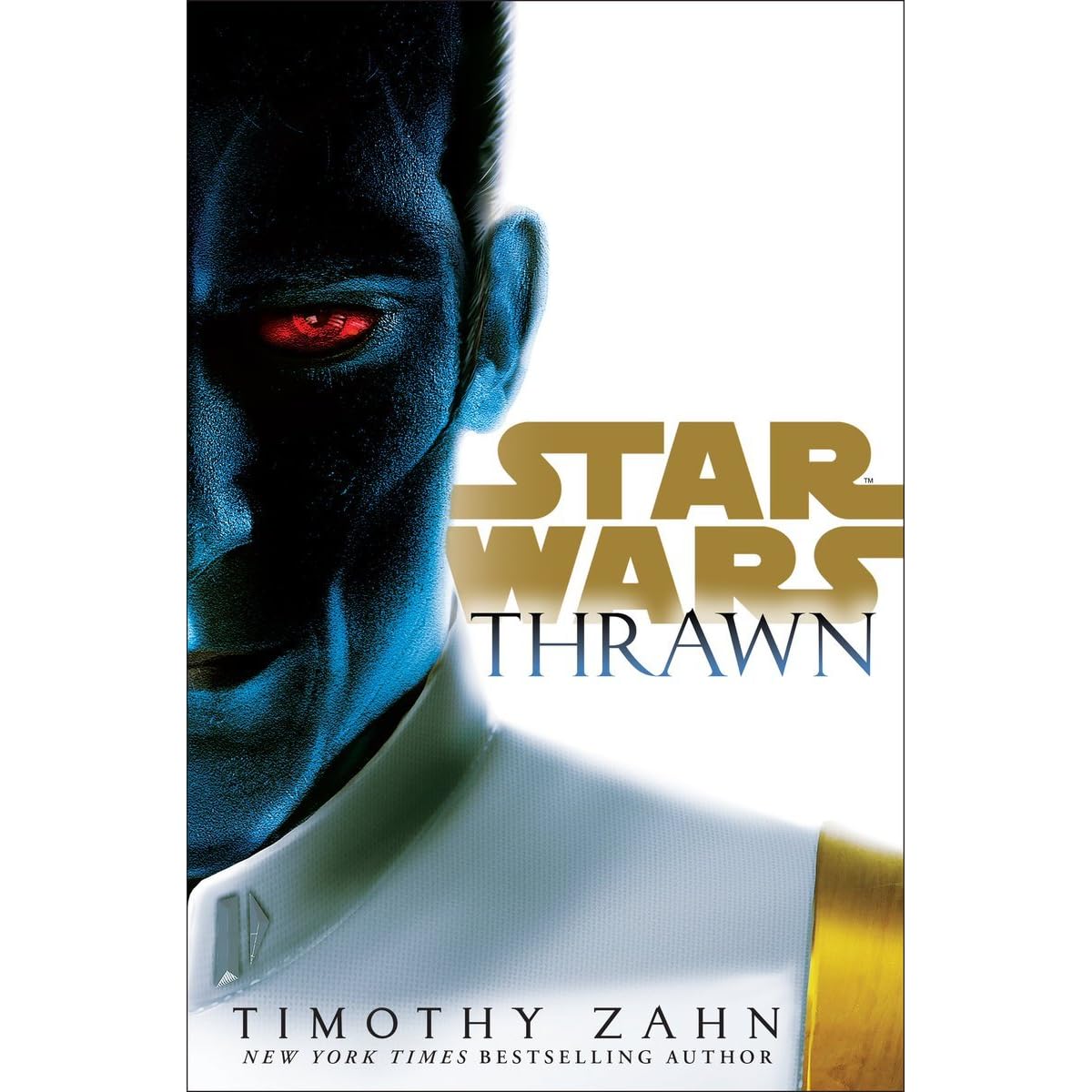 Several weeks ago I mentioned I was rereading the original Thrawn trilogy in preparation for the new book by Timothy Zahn. I hadn’t read them since I was a teenager, and was wondering if they held up as much as I’d enjoyed them as a kid. It turns out these are some of the best space opera books ever penned, tie-in fiction or no.

Many of my readers were upset that Star Wars declared the extended universe non-canon upon Disney’s purchase of the property, and vowed to never read Star Wars books again. I’ve taken a different thought on it — where it’s like comics, at least before I stopped reading  Marvel + DC altogether due to their excessive politics: it depends on the writer. That seems to be the case here.

I was nervous about this book as fellow space opera author C.T. Phipps posted a review on the book that was less than stellar, but was mostly due to his disappointment that this built off of an already published short story which he read before. I’m not sure which section of this book it was as I hadn’t read it before, but it feels like the portion where Thrawn was brought to the imperial academy and then his academy stay might have been that, as the book changed tone and pace from that point.

This story follows Thrawn’s life from a point where he was picked up as an alien by Imperials, brought before the emperor, taken to the academy, and then gets promoted all the way up the ranks. We know how it ends up, so there’s no spoilers there. Part of the problem with prequels is knowing that journey, and it makes it a little less tense than non-prequels for that reason.

Zahn also weaved a couple new characters into the plot, a woman by the name of Arihnda Pryce who has appeared several times in Star Wars: Rebels gets an origin/backstory as well, as she navigates politics in the Empire from a lowly worker up to very high echelons. I actually didn’t recall her character from rebels, so her story was actually some of the most interesting parts of the book as I didn’t know where it would lead.

Like the later Thrawn trilogy, Thrawn has a human aide in this where he describes all of his plans to. Eli Vanto, who progresses and becomes a tactician as he learns from Thrawn. This perspective also brought forth a nice element where readers weren’t sure what was going to happen.

I enjoyed the mysterious villain Nightswan who gets introduced in the book, and how he ties the plots together. It was well-crafted and leads to a very fun conclusion to the story. It was well done all around and I enjoyed seeing the back and forth between two strategists trying to out-chess each other as each situation developed.

The characterizations are perfect. Zahn nails his creation, I love the little strategy advice at the beginning of every chapter like it’s a Sun Tzu book and actually how that ties into the end as well. Just nicely done all around in that regard. I actually care about Arihnda more than I do Mara Jade. I really thought she had a lot of depth to her. Eli Vanto replaced Captain Pellaeon from the original series and filled that role quite nicely.

I didn’t see many contradictions from the original universe. There’s probably some details to nitpick, but I’m not that type of reader. I read for fun plot and character feel — and this delivered all the way around. I could hardly put it down once I started the book.

While it didn’t have the masterful grand epic plot of the original Trilogy, I didn’t really expect it to either. It wouldn’t be fair to compare a character origin story to that kind of a sprawling space opera, and so I don’t. This does add to that though, and I’m glad I had that fresh in my mind while I was reading this. It didn’t matter so much, as this book stands alone 100%, but it helps for love of the character going in.

Overall, I couldn’t have asked for more. I was very happy with this book and rank it as one of the best I’ve read this year.