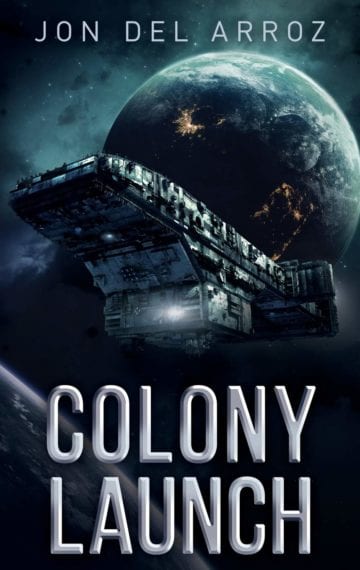 First In Series
$4.99Buy Now!Read A SampleSee The Full Series

Humanity is at war…
..many citizens want no part of it.

Governor Antony Lemkin has done the unthinkable as a politician–voluntarily stepping down from his post in protest of Earth’s escalating war with the Aryshans.

With war drums beating and the machinery of government going full force, there’s little he can do to but voice his dissent, until mega-industrialist Fabio DePino presents him with a plan: build a new Earth, far away from humanity’s conflicts.

But will Earth’s government simply let colonists leave their control?

Fans of Babylon 5 and Robert Heinlein’s classic The Moon Is A Harsh Mistress will love this new space colonization adventure by #1 Bestselling author Jon Del Arroz!