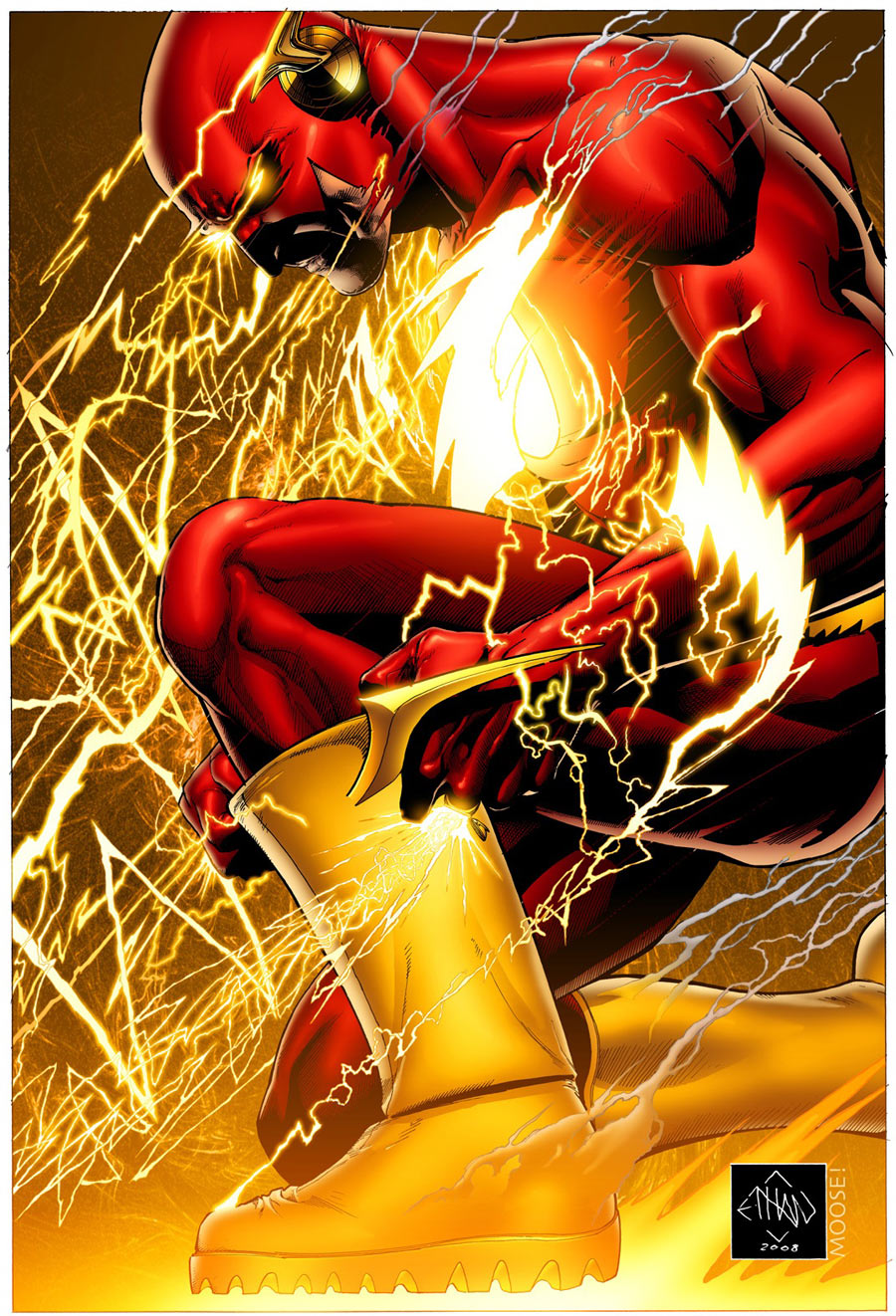 Bleeding Cool actually obtained a company memo from DC Comics about their creators’ social media, which vaguely states “mean spirited” tweets are against their company policy. The fake news gossip site itself is every to gleeful to talk about how the policy is meant to “pre-empt” a buzzfeed fake news article which is going to be a hit piece on Ethan Van Sciver, a moderate republican artist with DC.

Ethan’s coming under fire for responding to people who were calling him nazi, this or that, etc. just because he dared speak out about his political views. Sound familiar? He’s a very talented artist and he has a “let’s all get along” attitude about things, but like most human beings, gets a little upset when called such nasty names by those attempting to dehumanize him.

Plenty of Marvel and DC writers/artists are “mean spirited” on twitter. It’s been happening for years. The ones who have done so have called anyone who leans libertarian/conservative horrific names, demean people regularly, and yet this never prompted Buzzfeed or DC to care. In fact, a letterer who works for DC was part of that group threatening to falsely accuse youtube reviewer Diversity & Comics of a crime to harass him out of attending conventions — part of why I was so worried about “professionals” in science fiction doing similar to me at WorldCon.

These companies won’t protect anyone on the right, even if you’re a nice guy. DC is probably looking for ways to  terminate Van Sciver now — despite him being one of the most popular artists in the field — but doesn’t want a wrongful termination lawsuit, and so they’ve started taking these steps. It’s not about niceness, it’s not about stopping mean spiritedness, it’s about silencing certain political opinions to appease SJW hate mobs.

DC is no better than Marvel in this regard. They have a few books where they still care about quality, but their line is SJW converged as well.

The comic book industry is a very special creative community dedicated to telling epic and legendary stories of action, heroism and intrigue with a rich and diverse portfolio of characters. Both DC’s employees, as well as its extended family of freelance talent, contribute to our success and are direct reflections of our company, characters and comics.

As such, DC expects that its employees and freelance talent community maintain a high level of professionalism as well as reasonable and respectful behavior when engaging in online activities. Comments that may be considered defamatory, libelous, discriminatory, harassing, hateful, or that incite violence are unacceptable and may result in civil or criminal action.

In addition, comments that may be considered insulting, cruel, rude, crass and mean spirited are against company policy and guidelines. We ask, and expect, that you will help to create an online environment that is inclusive, supportive and safe.

Below you will find the most current version of the company’s social media guidelines. If you have any questions, please contact DC Talent Relations department so that we can be of assistance.

This policy has been developed to empower DC Talent to participate in social media activities, represent their creative endeavors well and share their passion for DC’s characters, stories and brands. We recognize the vital importance of online social communities and this policy reflects our commitment to the best possible use of social media. Below are DC’s recommended guidelines when partaking in social media.

Stay positive when you post and we also recommend that you avoid negative comments in this very public forum.

You may want to refrain from engaging with individuals who may be speaking negatively about you, other talent, DC, our fans and the comics industry as this is a no-win situation.

If there has been a personal threat to you or those around you then in addition to alerting DC, please involve the proper law enforcement authorities.

Use good judgment when posting, reposting and liking comments, photos and videos as these may have unintended consequences.

Talent should take special care when using social media to ensure that comments and postings made by you are not associated with DC.

Under all circumstances, please indicate that you do work for DC, but that your comments are your own and do not reflect those of the company.

Do not reveal plot points, storylines or launch timing — including photos or video of in-progress assets, artwork, story outlines, scripts, panels, announcement details, etc. without coordinating with DC Publicity. Members of the press may follow you on social media, and your posts can — and probably will — become news.

Don’t break news on social media. If you have any questions on what you can or can’t post on any platform, DC Publicity or Talent Relations departments are available to assist.

If you’d like to share DC news on your social pages, we recommend sharing news from DCComics.com, DCE-sanctioned social media pages and other news widely reported on credible news outlets.

If you are contacted by members of the press or asked to participate in an interview about your work for DC, please coordinate this with the DC Publicity department so that news can be rolled out in an orchestrated fashion and elevated on DC digital and social channels as well.

And finally, we recognize that there can be a dark side to social media and to that end if you feel that you are being harassed or bullied through social media channels because of your work for DC or your association with us, please feel free to contact the DC Talent Relations department so that we can be of assistance.

Of course some people’s mean spirited speech will be more equal than others.

DC wouldn’t hire me in a million years, because I don’t toe a company line, I am an independent thinker, and they don’t allow those in t he comic industry. It’ll be interesting to see how it goes later this year when my The Ember War adaptation hits amazon. If/when that sells well, what then?

Even a smaller publisher like Angry Robot doesn’t care about anything other than their political signaling. They didn’t even dignify me with a response when I emailed Mike Underwood about The Stars Entwined, which I’ll be putting out March 20th. Of course, I’m blocked by him on twitter — despite sharing a drink with him at a convention several years ago. It’s all about the political signaling, even if I outsell the vast majority of their titles already.

Talent doesn’t matter to these companies, nor does sales as the decline in market has shown over the years. They’re cowards. Remember, this is the same company that removed Orson Scott Card from writing superman — remember that? That was the original #comicsgate before we were organized against them. OSC is one of the greatest writers ever, but have a “wrong” view about a political topic, and you’re blacklisted. I hope this isn’t the beginning of this for Van Sciver, but the way the company’s going about it, it sure looks like it.

This is why it’s imperative to build your own platform if you want to have any semblance of free speech. You can’t do it through these companies, they’ll never let you. They hate you at the end of the day, and this is how they begin to show it.

If you like my independent work, check out my fiction in For Steam And Country, the very popular steampunk book that’s revitalizing the genre. I write from the heart in both my fiction and non-fiction, and it comes cross, just look at the reviews.